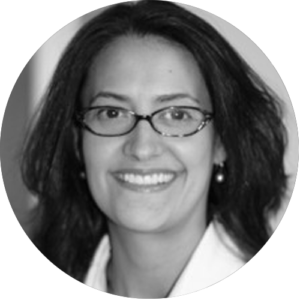 Claudia Eppele, M.D., who specializes in Family Medicine, is the Medical Director of the TheraMind Center of Newport Beach. She is a Diplomate of the American Board of Family Practice and is also a licensed surgeon.   She and the rest of the TheraMind team of psychiatrists and therapists at the Center bring a multi-disciplinary approach to resolving patients’ medical problems.  General psychiatry, including medication management, transcranial magnetic stimulation (TMS) and neurofeedback are available at the Center.  Telepsychiatry is also offered.   Dr. Eppele and our TheraMind team treat depression (including TRD or “treatment resistant depression”) and anxiety disorders including, but not limited to, attention-deficit/hyperactivity disorder (ADHD), schizophrenia, bipolar disorder, manic depressive disorder, post-traumatic stress disorder (PTSD) and obsessive-compulsive disorder (OCD).

Dr. Eppele is a graduate of the School of Medicine, Universitat Autonoma de SPL, San Luis Potosi, Mexico and did her residency at the National Medical Center XXI, Mexico City.  She did  post-graduate study in surgery at the University of Southern California Keck School of Medicine and in 2011 received her certification in Transcranial Magnetic Stimulation from the Berenson-Allen Center for Non-Invasive Brain Stimulation.  She is the author or co-author of many peer reviewed publications and is fluent in several languages.